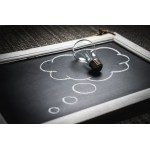 SPOTO CCIE feedback and experience summary   After about a year of preparation, I finally finished the perfect ending, wrote a report of th... 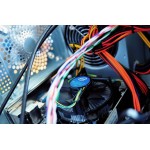 Teach you how to configure CISCO ASA FO

Teach you how to configure CISCO ASA FO Everyone knows that in some places, high reliability is required. Sometimes a single device will have a sin... 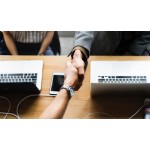 Why do we need to learn CISCO network technology?

Why do we need to learn CISCO network technology?   Thought must be cash, eyes must be long-term. Before I answer this question, I w... 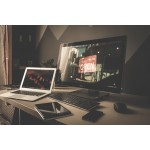 The difference between firewall and router - common understanding

The difference between firewall and router - common understanding   If you can’t explain it simply, you don' t understand it well enoug...

I have tried many times to pass exam but I was failed to pass. Finally I passed the SPOTO RS LAB 400-101 exam! Thank you for SPOTO teachers for answering my questions patiently, thanks

(To delete the instruction twice, delete it) R40 has no lease

There is a route-map out in R14, which matches a list of prefixes and deletes the one of deny.

Before the practice of the problem, specifically forget which one. It seems that the SW200 ospf announced to area 10, Change back to 1 on the line.

The encryption method is wrong, and the copy of 51 is swiped.

Forgot, it's all simple.

According to the method given by SPOTO, it is very simple.

Seeing jamesons knows that it is the LAB2+ version so go straight to see the configuration of R17.

When you see the command Sh ip vrf, it is determined to be LAB2+.

The redistribution eigrp 10 command in the bgp configuration in R57 needs to be deleted.

I was almost finished at 2 o'clock in the afternoon and tested the phenomenon. One of the phenomena was not successful. Finally found that it is their own problem and configured a list of prefixes but the call is a route-map. After correcting the wrong points, the phenomenon is fully realized!

you can visit SPOTO CLUB to get more details.